A new report warns that the gap between the phasing out of final-salary private sector pensions and the new workplace style pensions means pension incomes are likely to fall fast in the coming decades, particularly for men.

Next post
Supporting older workers to stay in the workplace

The incomes of newly retired workers are set to fall at a much more dramatic rate in the coming decades than had previously been thought, according to a new report.

The new research report from consultants LCP finds that for those working in the private sector, the decline of traditional ‘final salary’ type pensions is more rapid than previously thought and that the rise of new ‘pot of money’ workplace pensions will take longer to make a real impact than previously assumed. Together, these two factors combine to create a downward slope in at-retirement incomes which has been dubbed ‘the ski slope of doom’.

Until now, the working assumption of policy makers has been that the historic legacy of final salary pensions will largely tide us over until new workplace pensions – bolstered by automatic enrolment – comes to take their place. But the new analysis, based on extensive new modelling from a range of data sources, argues that this assumption is wrong for three reasons: that past modelling has lumped public sector and private sector workers together to get an average which doesn’t present a detailed picture of either group; figures on pensioners are similarly an average of all pensioners, and automatic enrollment changes will take decades be reflected in meaningful at-retirement incomes.

The new report brings together new LCP modelling of private sector salary-related pensions with new estimates from the Pensions Policy Institute of future ‘pot of money’ pensions to show a possible dramatic change over coming years. It shows that men – who have in the past received the lion’s share of private sector salary-related pensions – will see their real incomes at retirement fall dramatically, whilst women’s pensions will rise only slightly.

The report’s author, LCP partner Steve Webb said: “We have been living in a fool’s paradise when it comes to incomes at retirement. For years, salary-related pensions from private sector jobs have supported the incomes of the newly retired, and men in particular. But these pensions are disappearing much more rapidly than we thought. And new-style workplace pensions are not being built up quickly enough to take up the slack. We need a step-change in the urgency of pension reform. Unless urgent action is taken to increase the pace at which new pensions are being built up, a whole generation of people will retire on lower incomes than previous generations or will have to work longer before they can afford to retire”. 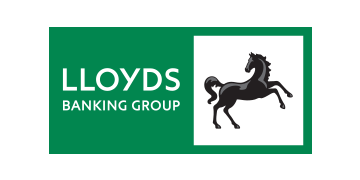 Why the cv is dead

Joseph Williams from Clu says the cv is an inadequate way of sifting talent in the data age and excludes a lot of potential talent. read more