Pensions warning for self employed

A recent report predicts a pensions time bomb is awaiting the self employed.

Many self-employed people could be heading for a pensions time-bomb as more than a third say they cannot afford to save for their retirement.

A recent study by Prudential found 43 per cent of self employed people don’t have a pension, compared to four per cent of those in employment, and 36 per cent say they can’t afford to save for their retirement.

Around one in three (31 per cent) say they will be relying entirely on the State Pension to fund their retirement, while 28 per cent will be reliant on their business to provide the income they need.

Two thirds of those self-employed do, however, save, but mainly to build up a safety net in case of an emergency in comparison with 57 per cent of those in employment.

Simon McVicker, Director of Policy at IPSE, the self employed lobby organisation, said:“The sheer volume of self-employed people failing to save for later life is, indeed, an extreme concern, but now there is a real opportunity for both government and the pensions industry to avert this crisis.

“Auto Enrolment (AE) is not the answer, however. While the policy has been a success in boosting the number of employees paying into a pension, IPSE’s research found that it simply isn’t a viable solution for the self-employed. There is no employer to enrol them and it also reduces their ability to be flexible and in control of their money – two of the central attractions of self-employment.

“Instead, we support rolling out a sidecar pension scheme, allowing the self-employed to save for later life and also into a separate ‘rainy day’ fund for emergencies.”

He added: “Women, Millennials and those new to self-employment face a particularly bleak future and the worrying prospect of pensioner poverty if the crisis isn’t averted. Both industry and policy makers now have the opportunity to develop feasible and forward-thinking solutions to give long-term peace of mind to the burgeoning self-employed workforce.”

Currently, it is down to the self-employed to set up their own private pension funds and pay into them. 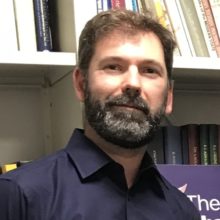 After almost four decades working for large organisations, ranging from an investment bank to the Environment Agency, 59-year-old Elaine is launching... read more

People with disabilities are missing out on pension savings, according to a new report. read more