‘Vast majority of employers don’t have a menopause policy’

A new survey has found large numbers of employers don’t have a menopause policy, even those with a lot of female employees.

Next post
The truth about the ‘great resignation’ – who changed jobs, where they went and why Almost three quarters (72%) of businesses do not have a menopause policy and only 13% of organisations with a high representation of women in their workforce have one, according to a survey by law firm Irwin Mitchell.

They commissioned a menopause survey with YouGov, based on the responses of 1,025 HR decision makers, which found that only one in five (21%) employers consider menopausal symptoms during the performance reviews of female staff.

Jenny Arrowsmith,  a Partner at Irwin Mitchell, said: “These are disappointing results and when you consider menopause is an issue affecting the fastest-growing demographic in the UK, namely women aged 50-64, it’s clear businesses must do more.

“It’s about time that menopause is openly discussed as a health and work issue and for employers to demonstrate that they take it seriously. Establishing a menopause policy is a simple and valuable starting point.

“Not only does a menopause policy help promote positive change within an organisation, it sets a framework for evidencing how it will approach conversations about the menopause, what support affected employees can expect to receive, and where they can access additional help. In doing so, it reduces the risk of costly disputes.

“There has been a significant rise in the number of employment tribunals where menopause is mentioned over the last two to three years and as awareness of this issue grows, we expect to see complaints increase further. Our survey demonstrates that there is a considerable amount of work still to do. This risk will increase if additional legal protection is given to those who have significant menopausal symptoms, which is something the Women and Equalities Committee are considering.”

Previous post
Brushing up on job application skills
Next post
The truth about the ‘great resignation’ – who changed jobs, where they went and why 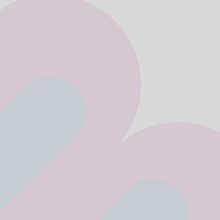