Are you part of the sandwich generation?

An increasing number of women are having to balance work, young children and dependent older parents. Many, however, don’t consider themselves carers because they don’t live with their elderly parents and so don’t get the support they need. The Employers for Carers Forum recently conducted the first ever distance carer survey for people looking after long term disabled or elderly relatives. Sixty per cent were aged 40 to 54 – the so-called sandwich generation – and likely also to have small children.

Women were twice as likely as men to be caring for more than one person. They were also more likely to be looking after elderly parents than men.

The only area where men were more likely to be carers was for their own partners.

Around three quarters of employees who were distance carers were stressed and anxious. Some 43% of these said their work was negatively impacted as a result.

Many feared it would have an impact on their work in the future when their caring responsibilities got greater. “In that respect, it’s the opposite of childcare issues,” says Katherine Wilson of Carers UK, adding that issues around elder care are often more unpredictable and complex than those around childcare.

The Employers for Carers Forum has existed since the late 1990s, but was only launched as a membership forum in 2009. It is chaired by BT and administered by Carers UK.

Several of the major employers are on the forum which campaigns to raise awareness of caring issues in the workplace.

Wilson says that distance carers are more difficult for employers to help in the workplace. “The whole awareness about wider caring issues is different than that about parents,” she says.

“People at work tend to know if you have become a mum or dad.” Another issue is that such people do not think information about carers is directed at them.

They tend to think of themselves, says Wilson, as supporting their parent rather than caring for them. She adds that employers need to broaden their language if they want to reach this group.

The Employers for Carers Forum has developed a toolkit for employers to help them identify and provide support to such carers.

The number who are part of the sandwich generation is likely to grow in number as more and more women leave it until later to have children and older people live longer but have more chronic illnesses.

“It’s like a juggernaut coming towards employers, but many don’t get to grips with it until they are personally affected,” says Katherine Wilson.

In terms of the business case for employers understanding Issues around caring better, Wilson says that, similar to working parents, staff who do not feel supported may find it difficult to cope and may drop out of the workplace. In the US, elder care is now the main reason women are leaving the workforce.

The toolkit identifies carers by the typical activities they are doing such as helping fill in benefits forms and helping with housing and adaptations to the home. “That broadens it out a bit. It’s not just about giving hands on care,” says Wilson.

She adds that having an understanding manager is vital. “If you get a manager who has experience of caring it is like a light bulb going on,” she says.

She says employers need to take preventive action to avoid an employee getting to the stage where they feel they have to leave work.

This can be done by making it easier for them to talk about caring issues in the workplace. “If people feel the workplace is flexible and understanding that is one less element to worry about and it will help them to be happier and more productive,” says Wilson.

She also says employers could signpost to employees where they can get support and put out messages on their intranet or put posters around the workplace so that “it is subliminally there on people’s minds”. Carers UK, for instance, runs a helpline.

The toolkit gives them information about wider caring issues, emphasises the business case for providing support and raising awareness and includes case studies of different carers.

The current economic situation may make it more difficult for people with caring responsibilities to “put their heads over the parapet”, says Wilson, but employers who make it easier for them will hang onto key staff.

“If people can be more open they can not only get support from their manager but peer support and many people may think this could happen to me. It is not a small group of people we are talking about after all,” she says. 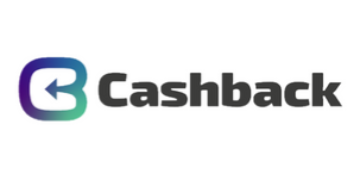 Previous post
What is franchising?
Next post
Call for up to two weeks of paid carers' leave