A workingwise.co.uk survey shows 84% of older workers said they thought it was harder to get shortlisted because of their age.

Next post
How can we address age bias at work?

Over two fifths of older workers have experienced ageism at work, with the recruitment process being the worst offender, according to a workingwise.co.uk survey.

The survey of more than 600 workers aged 50 and over, sponsored by the Financial Services Compensation Scheme and UBS, found 44% had experienced age discrimination at work compared to 41% who had not, with 48% singling out the recruitment process, compared to 40% who felt sidelined or left out of discussions at work generally and 24% who said they had experienced discrimination when it comes to promotion.

Unsurprisingly, this correlated with 44% who said they had experienced barriers to getting a job due to their age. Drilling down more into the recruitment process, 84% said they thought it was harder to get shortlisted because of their age. A quarter admitted to tweaking their cv to disguise their age, mainly due to perceived ageism by recruiters.

However, once recruited, 76% said they were upfront about their age at work. Nevertheless, 27% thought their employer didn’t value their experience; 52% have seen less experienced colleagues promoted over them; and 61% said their employer doesn’t rate their life experience enough.

On what would make a difference: 69% of respondents said positive and visible role models of older workers is important – this is considered the most important marker of an age friendly employer, although 59% said flexible working. That compares with 34% who said initiatives like mid-life career reviews and 40% who said using more age-inclusive language. It is clear that older workers value having an age-friendly employers, with 44% saying it was important to them.

– 20% said younger people tend to stick together as a group. However, 38% said all their colleagues socialise together, regardless of age.

– 66% have upgraded their skills in the last two years, with 60% saying their employer encourages them to update their skills, and just over half [51%] think their skills are up to date.

Gillian Nissim, founder of workingwise.co.uk, said: “The scale of concerns about ageism, particularly when it comes to the recruitment process, shows how much work there is to ensure over 50s – the fastest growing section of the workforce – are not unfairly overlooked due to ageism and held back in the labour market.

“Given we will all have to work longer, many past the official retirement age, there is an urgent need for employers to reach out to this demographic. Workingwise.co.uk aims to highlight best practice through its articles, roundtables and through the Top Employer Awards and to shine a light not only on what might work when it comes to employing and promoting older workers, but on measurable impact.”

A spokesperson for the The Financial Services Compensation Scheme, stated: “The Financial Services Compensation Scheme (FSCS) helps people get back on track by protecting them when authorised financial services firms fail. We’re independent, cover all regulated financial services in the UK, and since our launch in 2001 we’ve come to the aid of millions of people and paid out billions in compensation. We’re committed to creating a truly inclusive workplace where everyone can succeed in achieving their personal and professional goals. Every job is flexible, our colleagues age from 17 to 73, and we’re in the Top 50 Most Inclusive Employers in the UK. Our award-winning approach has been shaped by engaging our people so we’re proud to sponsor the workingwise.co.uk survey.”

A spokesperson for UBS, stated: “We are sponsoring this survey because we recognise that there is enormous value in enabling our employees to have lasting life-long careers with UBS and with that, supporting them through whichever obstacles and changes they’re presented with through their whole career – from changing caring responsibilities to menopause, right through to phased retirement.”

Home based, East Berkshire with extensive travel across the service area 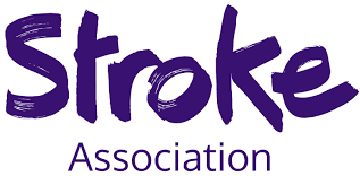 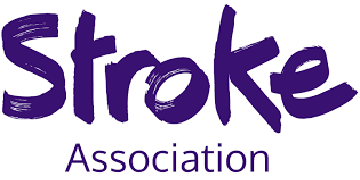